Notice: The called constructor method for WP_Widget is deprecated since version 4.3.0! Use instead. in /home/zurjevtv/public_html/bm-blog/wp-includes/functions.php on line 3573
 BM Blog » Increase Platelet Count By Amanullah Bismil 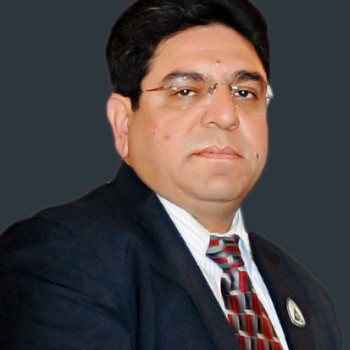 Bleeding disorders or bone marrow diseases, such as leukemia, require the determination of the number of platelets present and/or their ability to function correctly.

A platelet count is often ordered as a part of a complete blood count, which may be done at an annual physical examination. It is almost always ordered when a patient has unexplained bruises or takes what appears to be an unusually long time to stop bleeding from a small cut or wound.

Increased Platelet counts (Thrombocytosis) may be seen in individuals who show no significant medical problems, while others may have a more significant blood problem called myeioproliferative disorder. Some, although they have an increased number of platelets, may have a tendency to bleed due to the lack of stickiness of the platelets; in others, the platelets retain their stickiness but, because they are increased in number, tend to stick to each other, forming clumps that can block a blood vessel and cause damage, including death (thromboembolism).

Thrombocytosis; is a medical term used to describe a nigh number of platelets in your blood.

Platelets (thrombocytes) are small fragments of cells that stick together to stop bleeding after a cut or injury. They stick to each other and the damaged wall of the blood vessel to form a blood clot.

Normally, the platelet count in the blood is between 150 million to 450 million per milliliter (ml) of blood. Many factors can influence a person’s platelet count, including exercise and racial origin.

High platelet levels do not necessarily signal any clinical problems, and are picked up on a routine full blood count. However, it is important that a full medical history be elicited to ensure that the increased platelet count is not due to a secondary process. Often, it occurs in tandem with an inflammatory disease as the principal stimulants of platelet production (e.g. thrombopoietin) are elevated in these clinical states as part of the acute phase reaction.

High platelet counts can occur in patients with polycythemia vera (high red blood cell counts), and is an additional risk factor for complications.

A very small segment of patients report symptoms of erythromelalgia, a burning sensation and redness of the extremities that resolves with cooling and/or aspirin use.

Bruising for no apparent reason, bleeding from the nose, mouth, or rectum also without obvious injury, excessive or prolonged menstrual periods, or the inability to stop a small wound from bleeding within a reasonable period of time may indicate a platelet deficiency.

A high platelet count can happen for many reasons, but there are two basic processes involved.

* The cells within the bone marrow produce more platelets.

* Less platelet are removed from the blood by the spleen.

In most cases thrombocytosis is caused by increasing platelet production. Reduced platelet removal only occurs following surgical removal of the spleen (Splenectomy).

INCREASED PLATELET COUNT (DOES IT CAUSE ANY PROBLEM)

Platelets are essential to stem bleeding, but if you have too many it can cause clots to form when you don’t need them (thrombosis). If the platelet function is defective as well, this can cause bleeding (haemorrhage).

How likely you are to experience clots or bleeding depends on what causes your count to be high in the first place.

* If something else causes your platelet count to be high, such as an infection or operation, this is known as reactive thrombocytosis. Clotting and bleeding are extremely rare in this type of thrombocytosis. Generally they only occur with a platelet count over 1000 million per ml, plus other risk factors such as dehydration.

* If you have a high platelet count because you have a blood disorder that affects the makeup of the blood itself, this is known as primary or essential thrombocytosis and bleeding and clotting, though rare, are more likely.

TISSUE DAMAGE FROM TRAUMA OR SURGERY:

The platelet count will also increase when a relatively large amount of body tissue is damaged either intentionally following surgery or after an accident. This is part of your natural defence mechanism to ensure adequate clot formation and prevent fatal bleeding.

These conditions may cause a high platelet count in a similar way to infections.

Kawasaki’s disease is a rare condition, mainly affecting children, in which there is widespread inflammation of the arteries. It is associated with a high platelet count that gradually resolves in the recovery phase.

In adults either a high or low platelet count may accompany other symptoms of autoimmune diseases such as rheumatoid arthritis.

In event of an injury, the response of the bone marrow to blood Joss is to produce more red blood cells and more platelets.

Asthma is characterized as an inflammation of the bronchial tubes (airways)

BM's management is committed to maintain balance between the interests of our customers, shareholders and